Now, we are starting to elaborate on the data we collected: here is the prototype of the one interested in Islamic Art.

Both men and women, of every age 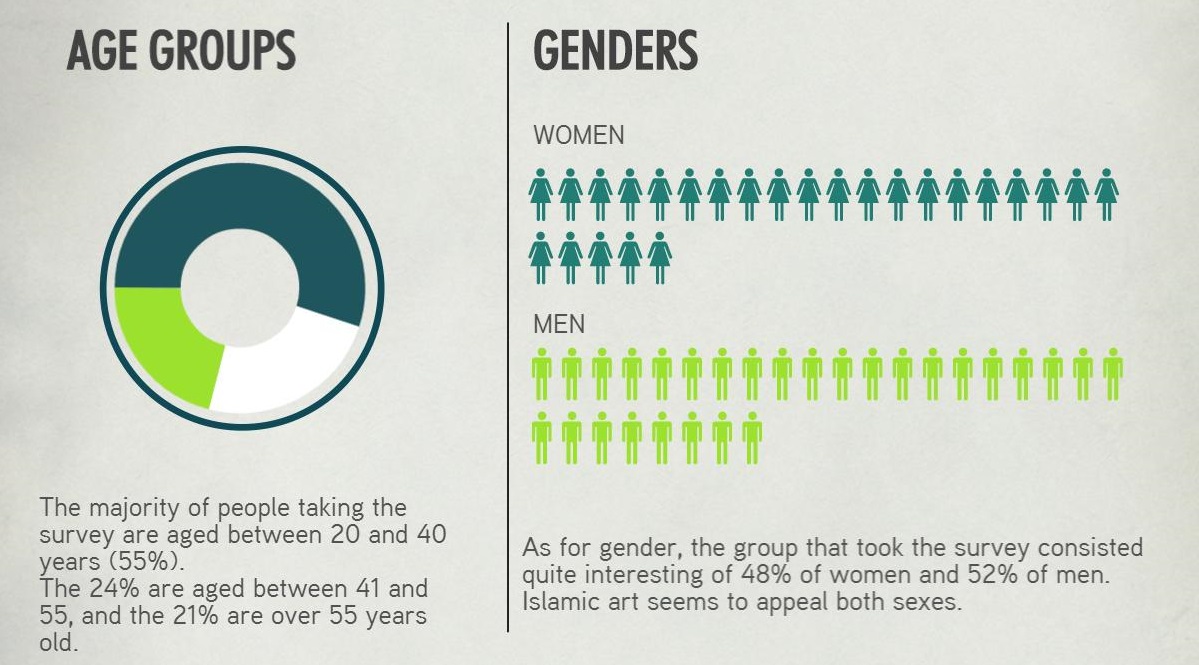 What emerged quite clearly is that the public that took part in the survey was not primarily one gender: men and women alike are interested in the subject.

From the old continent, non religious or muslims 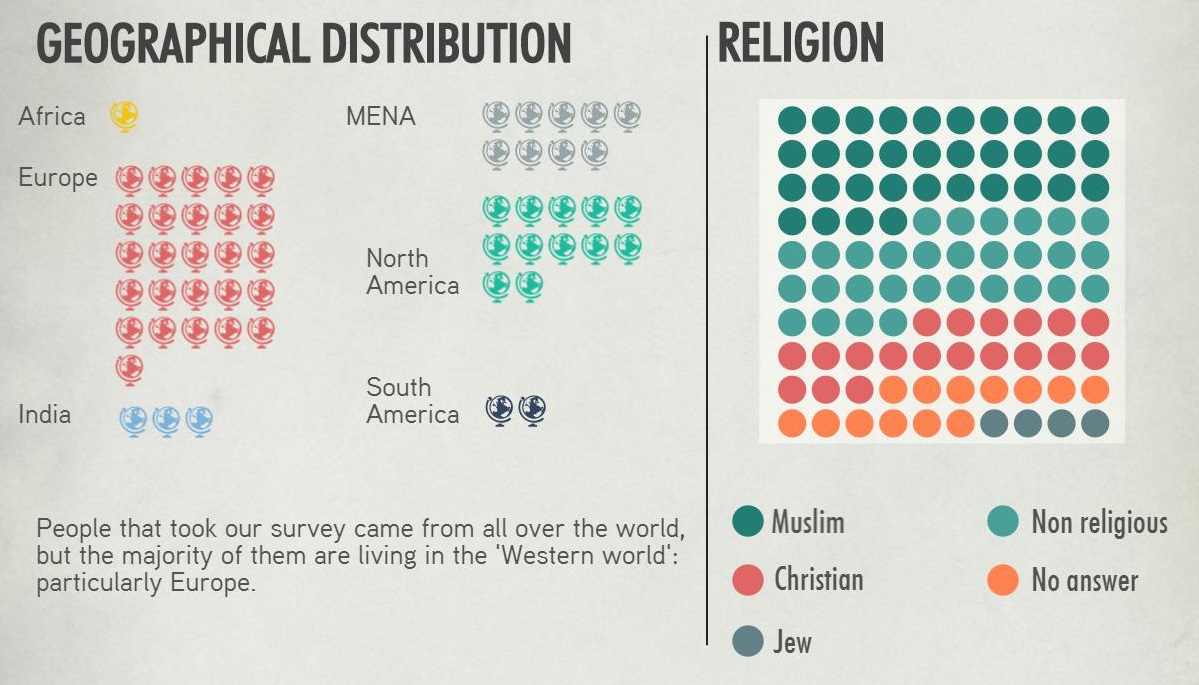 It appears from the answers of those interviewed that the majority lives in Europe (49%) followed by 23% living in North America.

What’s interesting is that the majority of those interviewed can be divided into two groups: Muslims (34%) and those that call themselves non-religious (31%). The religious preference is always tricky: 13% of the interviewees decided not to answer our question.
In any case, no one interviewed is Buddhist or Hindu or belongs to any other religion except the three monotheistic religions.

The only homogeneous feature that emerges from the survey is the education level of those interviewed. The great majority has a university degree (50%) and some 13% has a PhD.

The answer would be ‘everyone’. It seems that everyone is potentially interested in Islamic art. Everyone answering the survey declared that she/he is interested in some sense in the history of Islamic art and architecture or in its contemporary outputs.

The next step would be: what does this variegated public actually know about Islamic Art?

The complete infographic of this article can be found here.