The concept of modern art implies
a break with the tradition for a more
personal interpretation of reality.
Can this definition be applied to define
today’s Islamic Art?

Googling the phrase Modern Islamic Art shows interesting results. One of the museums of modern art explains its Islamic art collection by saying that artists from the Middle East “are not so much reinventing Islamic art as they are repurposing it so that it becomes more clearly a vehicle for personal expression, freed from the constraints of patronage and functionality.” The phrase shows that an understanding of the nature of Islamic art does not exist today. Islamic art and Islamic thought stayed silent for such a long time that the art community does not know how to approach Islamic art and uses the same vocabulary as it does for Western art.

Can Islamic art, when “freed from the constraints of patronage and functionality,” still be considered Islamic? Can it be “a vehicle for personal expression” and Islamic art at the same time? My attempt to answer these questions is the subject of this article. I do not claim to be right in all the answers I give, but rather invite you to the discussion of this upto-date topic. Modern art emerged from a European painting tradition due to changes in artists’ worldviews. An openness to everything new was always a feature of Islamic art, and also surely a feature of the mind of a Muslim artist. 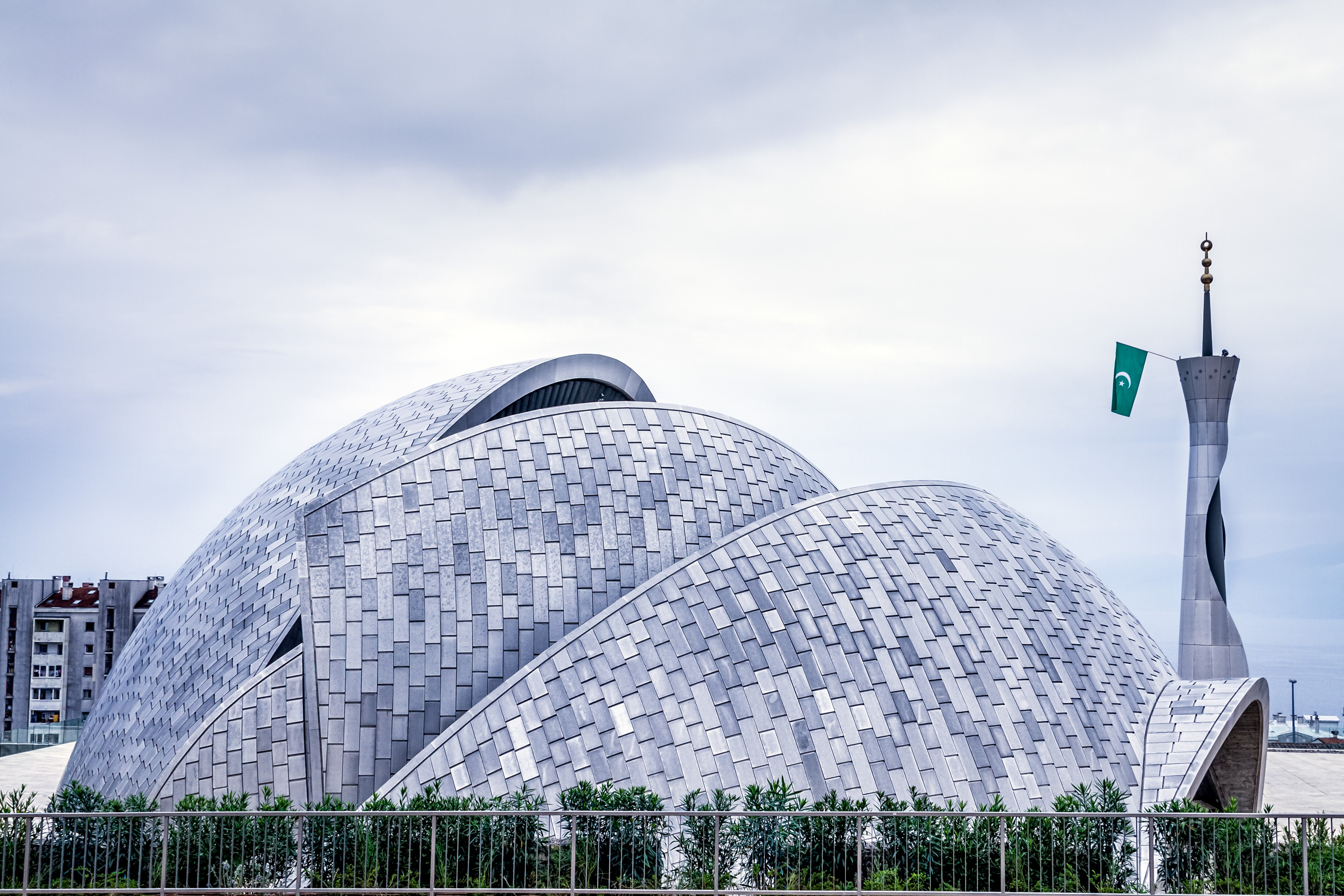 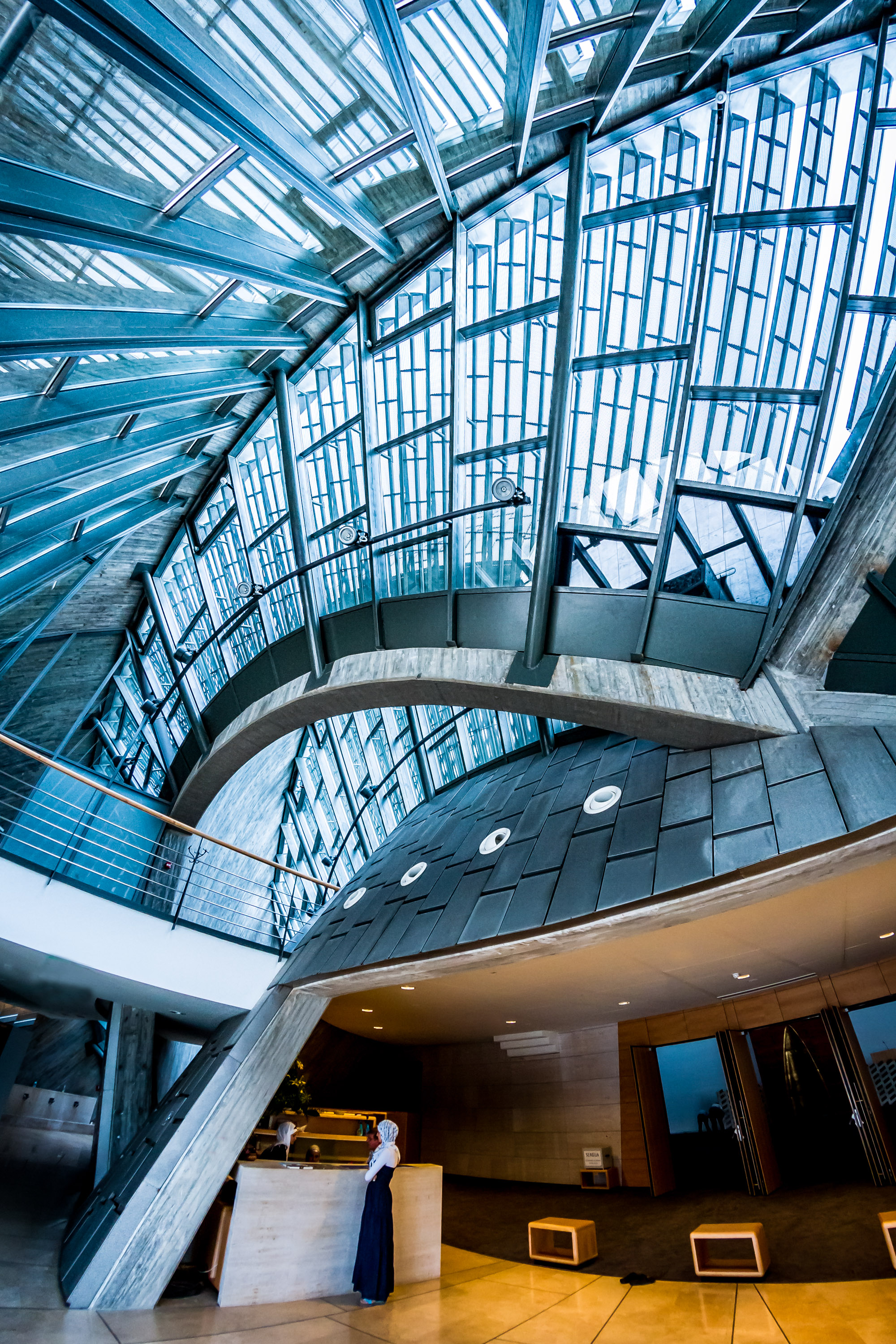 At the end of 20th and in the 21st century, experimentation in art became a means of avoiding real – ity. Islamic art always treated re – ality in a different way than West – ern art did. Reality was not a burden or a re – striction for an Islamic artist, as he or she did not express it in his or her art. Islamic art was a reflec – tion of the philosophy of Islam, not secular Western philosophy, which is, as a science, formally separated from religion.

As Oleg Grabar shows in his book Formation of Islamic Art, Islamic art can be distinguished from any other kind of art by the “internal creative purpose… rather than the external formal, iconographic, or functional characteristics”. This ‘internal creative purpose’ for Islamic art can be summarized in the following statement by another renowned Islamic art researcher, Tatiana Starodub, in her book The Islamic World: “The creativity of the Islamic artist is directed to God, not to a man”. An artist surrenders his/her ego, imitates God in “his manner of operation”, and acts as an intermediary transmitting Universal and Divine beauty. Islamic art is traditional art; functional, scientific, symbolic and, most important, of a superhuman origin.

Traditional art is also considered a practical science. According to Grabar, the intellectual status of a work of art is reflected by the fact that Islamic ornament, for instance, “raises fundamental questions about the relationship between the visible and its meaning”. Grabar shows that two characteristics of Islamic thought are reflected by Islamic art. One is expressed by the phrase lilah al-baqi, ‘the remaining belongs to God’, and means that, “no creation of man can reflect physical reality because God alone makes anything permanent”. Another one is the Hellenic idea of atomism, developed by Islamic thought. According to this idea, “all things are made up of and distinguished by various combinations of equal units”. 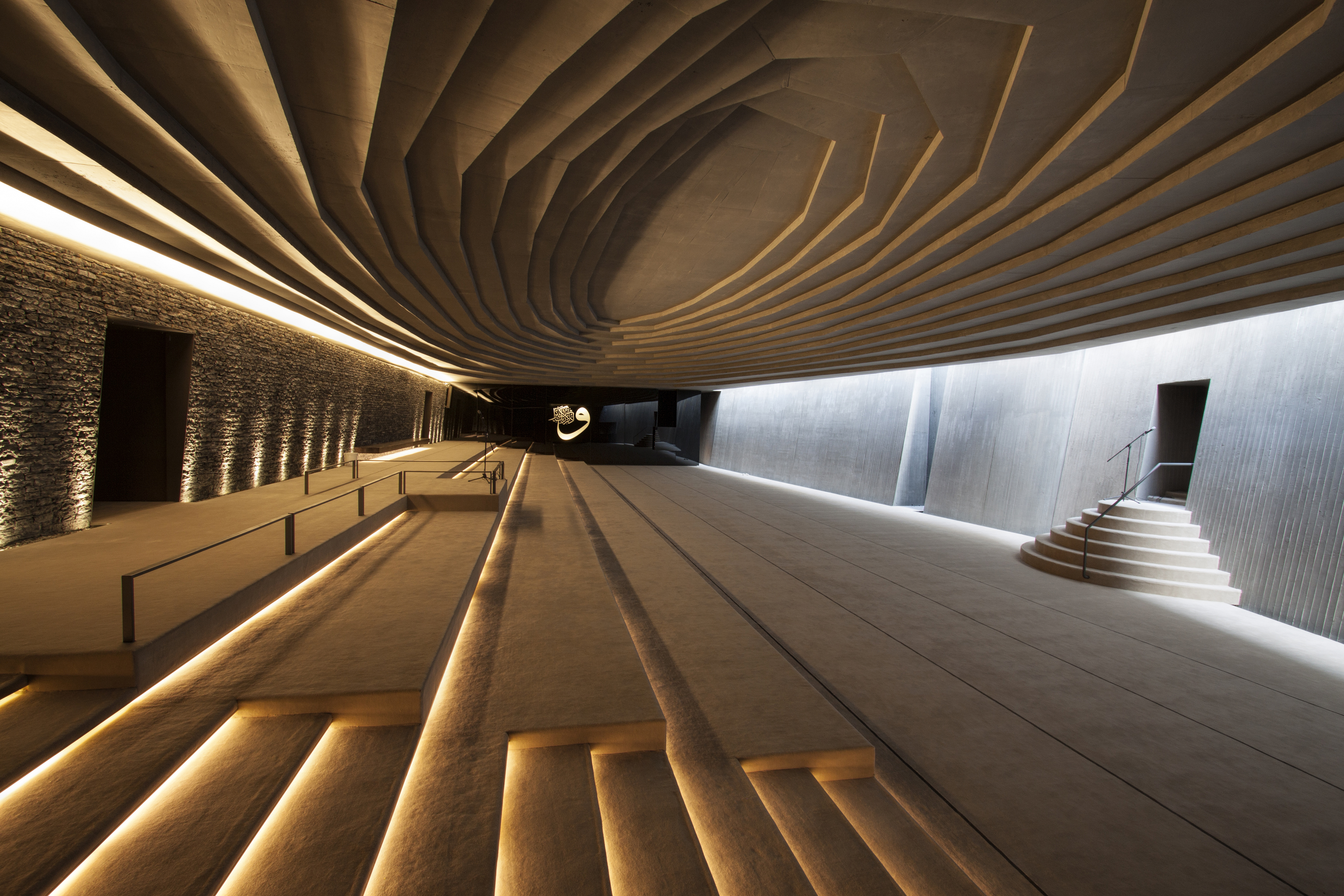 The Sancaklar Mosque, Istanbul, Turkey. Designed by the Emre Arolat Architects. Built between 2011 – 2013.

The first principle explains why motifs in Islamic art, as in any traditional art, are symbolic and stylized. Being a reflection of a hidden order, Islamic art’s motifs and themes can be read as a message for those who are aware of their meaning.

The idea of atomism not only shows the principal of any matter organization; the repetition of a certain unit is also fundamental for geometrical or biomorphic ornament creation in Islamic art. The construction of ornament starts with the drawing of a unit, which is repeated by reflection, rotation or gliding to form a pattern.

The nature of Islamic art and the role of the artist is well described by Khaled Azzam in his introduction to his book, The Doors of the Kingdom of Saudi Arabia: “The central role that the arts held in the life of the Muslim derives from the attitude that the craftsman has towards his work and the role it plays in the life of the community
The Muslim architect, for example, acknowledges by his Islam, his submission to the Divine will, that God is the Supreme Creator. Thus the relationship between the architect and his surrounding space is one that is based on reverence and not arrogance. The Muslim sees himself as the custodian of nature and if he has to leave an imprint on this physical space then it must be done with humility and with no sense of defiance to the natural order of being. The primordial nature of the Islamic revelation emphasises this harmony between man and nature…”
Being traditional does not mean being outdated. Historically, Islamic art welcomed innovations both in techniques and in materials and motifs. Innovations spread due to trade connections, military raids and also artists’ migration. New motifs were brought to Islamic art by local traditional practitioners as Islam absorbed vast territories from Spain to Indonesia. They were not merely copied by Islamic artists but adopted, transformed and changed to the degree that their origins cannot be found now. Moreover, not every work of Islamic art was made by a Muslim artist. Islamic rulers were tolerant to communities of Jews, Christians, Zoroastrians, Buddhists, and Hindus living in their territories, so a lot of craftwork was produced by non-Muslims for Muslim patrons.

The variety of innovations formed Islamic art as we know it now, with its elaborate surface decoration, intricate artwork, sophisticated techniques and superb level of craftsmanship. 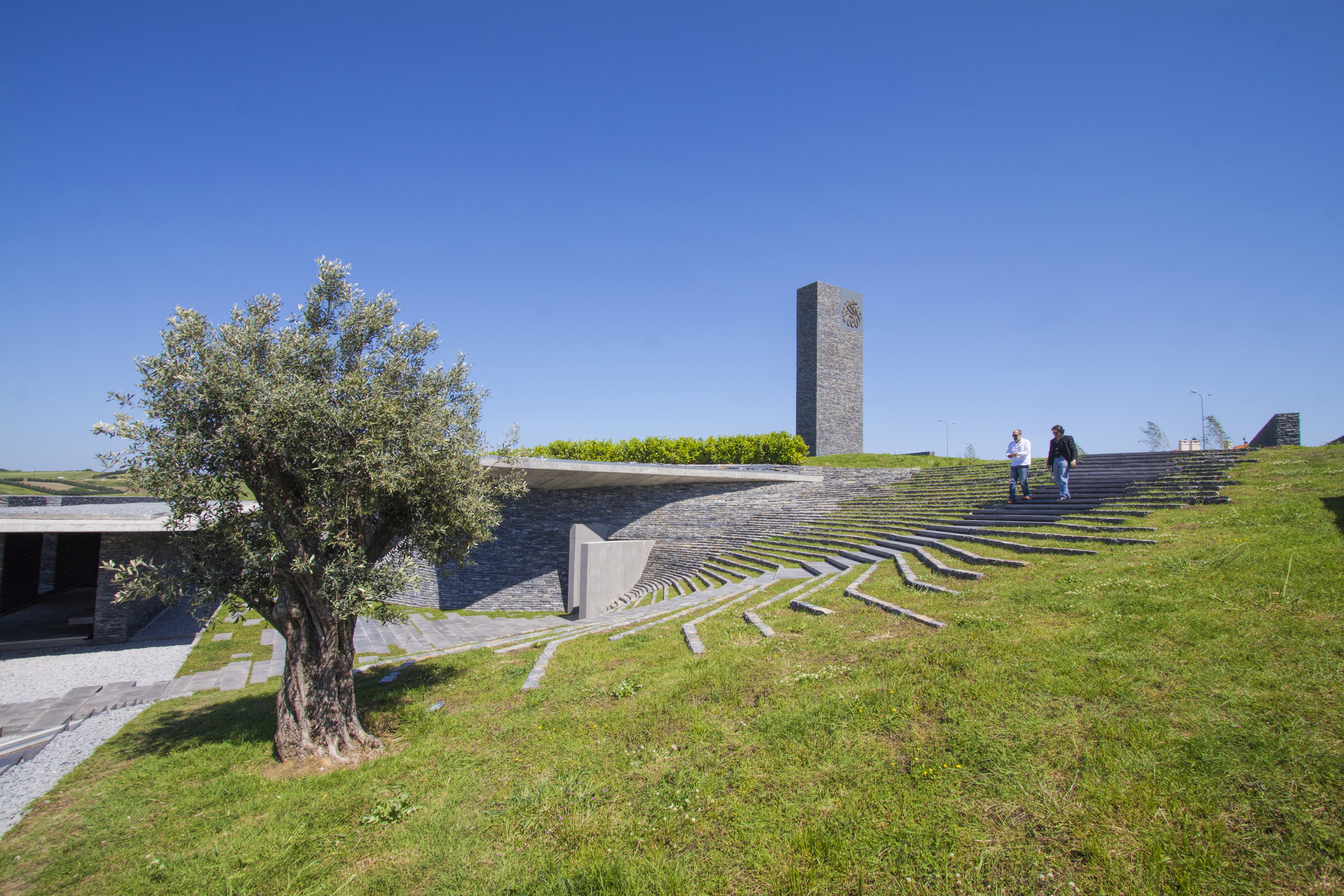 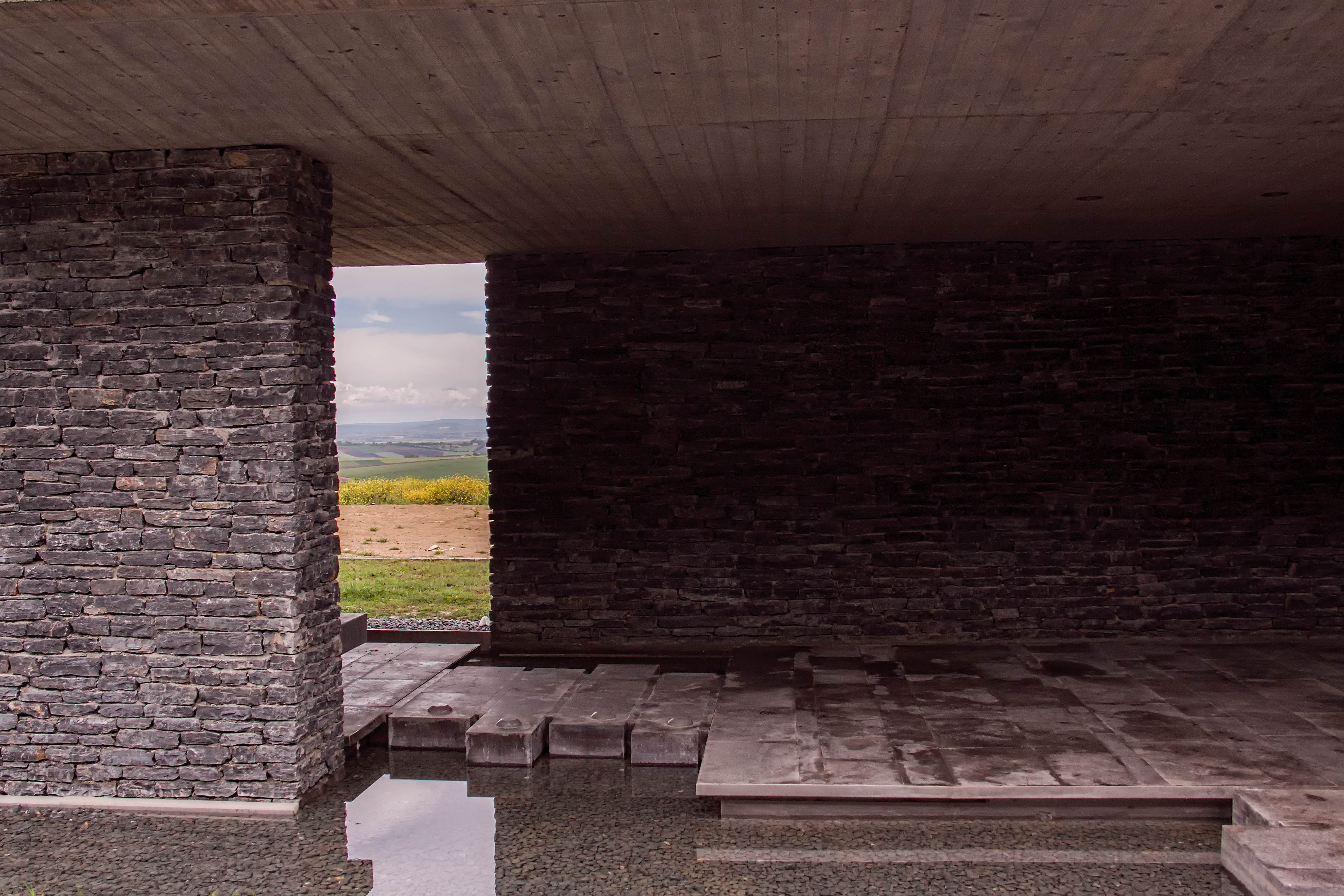 Would it have been possible without demand from the high-end market? A patron, who was usually a man of culture, played a crucial role in the formation of Islamic art. Many rulers had their own court ateliers of craftsmen and artists, where a style distinctive for the particular time and region was developed.

Rulers’ patronage was copied by nobility; nobles’ patronage – by merchants. Craftsmen were commissioned with works imitating royal style and the designs spread. There was a demand in society for beautiful goods of high quality for everyday use.

The need for such goods could be explained by the existence of a man of culture who, as K. K. Aziz says in his book, The Meaning of Islamic Art, “represented the Islamic civilization at its best. His sensitivity was well trained. His aesthetic values were partly inherited from his elders and partly developed by his milieu…. The variety and wealth of available beauty taught him an acute sense of discrimination. In his own self he united a catholic taste and virtue”.

So the coexistence of artists and patrons, with their minds open to new things and with their interest in, and acceptance of, experiments made innovations in Islamic art possible. But truly Islamic art never existed outside the tradition. Islamic art was formed as traditional art and cannot be anything other than traditional. 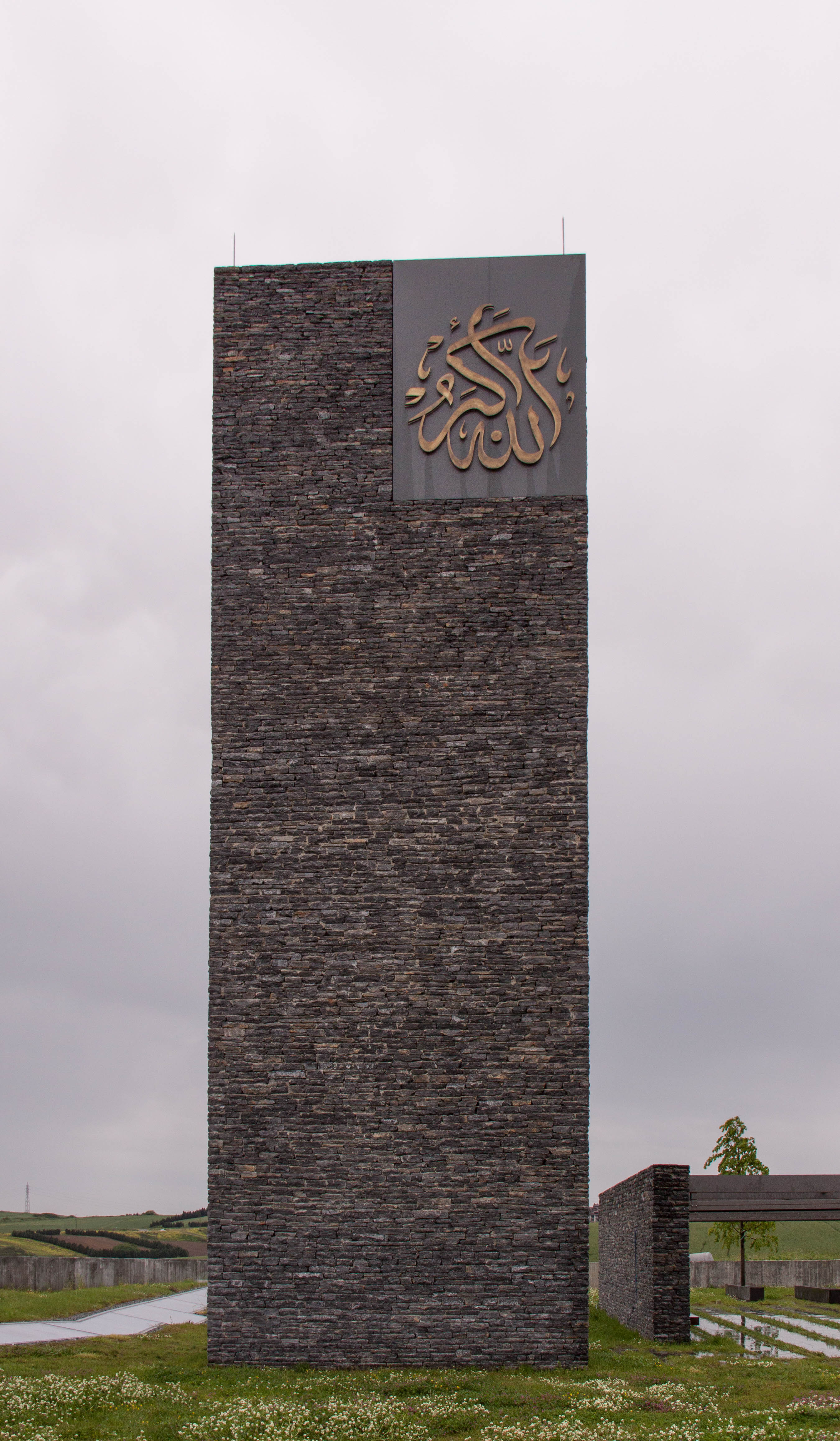 Are any innovations in Islamic art possible now? Historically, innovations touched upon new motifs and themes, new techniques and new materials. In order for the art still to be considered Islamic, new motifs and themes have to be used as a kind of surface treatment; they also have to be stylized and based on universal principles of proportion and symmetry.
Such innovation as European-style portrait painting in Qajar Iran can serve as an example of tradition-breaking and cannot be considered as a contribution to Islamic art.
The kinds of artistic expression that are new for Islamic art, such as sculpture or installation, cannot be considered as part of Islamic art, as they contradict the nature of Islamic art designated above.
Islamic artists welcome new techniques. If a new technique does not reduce the quality of an artwork produced and is easier for an artist to use, Islamic art will most likely benefit from it. So using a new technique or innovation, such as a wood-processing machine instead of hand cutting, or glue instead of egg white, can save the artist time and energy for paying more attention to the design and quality of a finished product.

If new materials are used for producing Islamic art, but the motifs are traditional, most likely we are talking about Islamic design. Truly Islamic art was always functional; basically, it was craft.

It always served a certain function, either religious worship or civil needs. But truly Islamic craft was made with an artist’s love and passion put into it. Using the phrase ‘Islamic design’ instead of ‘Islamic craft’ indicates that the product is made from a present-day material, sometimes in mass-production, but it was designed with respect to Islamic artistic tradition.

It seems that Islamic art has been in recession for such a long time. We see that artists are trying to reproduce the same model of development for Islamic art that exists in Western art experiences. Is it a shortage of self-respect and knowledge of Islamic cultural heritage, or an admiration of Western culture, that plays a crucial role in such decline? Or maybe it is a lack of men/women of culture among artists and among patrons, or the inability to distinguish truly beautiful works of art and design from all others.

Artists making traditional Islamic art today should rather be referred to as contemporary Islamic artists. The phrase ‘Modern Islamic Art’ seems senseless to me. Modern art, being a characteristic of an art that abandoned tradition in favour of experiment, differs from Islamic art, which can only refer to traditional art, not merely to the art made by Muslim artists. Moreover, the adjective Islamic, if used with the art, represents the Islamic faith and Islamic worldview. The Islamic artist is not bothered with the reflection of reality and with self-expression, as the modern Western artist is. Islamic art cannot be “a vehicle for personal expression”, and it stops being Islamic if it does.

“I wish people didn’t design masjids like these. Masjids have an identity which can be spotted and differentiated from afar designs like these can resemble any building for that matter. There’s so much beauty in Islamic designs which can be incorporated in contemporary ideas rather than just using them as mere concepts. The interiors don’t look like it has the serenity and beauty that a Masjid usually does.”